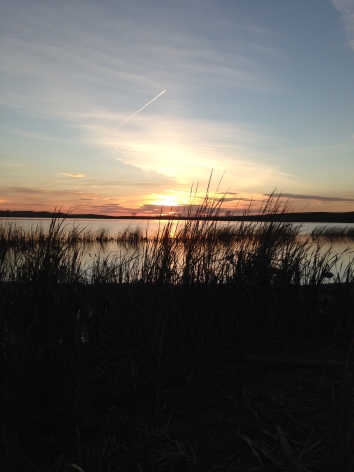 The next morning I awoke to a half asleep Billy goring me in the side with an unlaced boot, along with a few expletives to “wake up”. We gathered our gear again, and strategized on conducting the day’s operations from Billy’s john boat.  We headed down to a well-known and well visited duck lake in east-central Missouri.  Headlights lined the landing like twinkling Christmas lights as we approached, and we backed up Billy’s boat into the next adventure.

Crowded, busy, over-pressured. Take your pick of a descriptor in this scenario.  Without a working knowledge of the lake, we picked a decent looking spot on the GPS and brushed in Billy’s boat with the same short grass that we had become accustomed to the day before.  6:20 a.m., 20 minutes before shooting time.  We’ve all had it happen to us.  Joe Gander strolls up with his roaring 24 horse beavertail mud motor and pulls within 70 yards of our spot that we had secured hours before.  Fortunately for us this time, Joe meandered further to the north and was out of our personal space.

The morning show was more spectacular than the one before. Thousands of ducks arose from their sheltered roosts and flew upward, upward, and away towards nearby refuge.  The population that remained followed suit with the previous day’s motions.   Decoy, mojo, and boat shy, these birds seemed to have run this drill millions of times before.  Jase managed to secure the only drake mallard who was interested in decoying in a 20 mile radius.  A few congratulations were exchanged, but the tune of the morning sustained a minor key while the birds showed little interest in our mallard dense spread.

At 11 o’clock, we decided to pack it up, and relocated to another destination where pools were assigned to hunters in the morning through a lottery. Having never attempted this venture in Minnesota, we were curious to see what the process entailed. We headed to the draw headquarters which was adorned with beautiful waterfowl mounts of old, and met with an experienced worker who gave us the lay of the land.  We scoped out a larger public pool where the duck harvest numbers were statistically in our favor, and grabbed a greasy lunch before the afternoon/evening hunt.

We took Billy’s coveted boat through a shallow channel and narrowly missed sunken trees and logs that lay inches below the dark unforgiving surface. Occasionally, the hair on Jase’s and my neck would stand up straight as loud clunks sounded on the hull.  Shockingly, or not so shockingly (if you know him), Billy seemed to be having the time of his life.  We scouted the entirety of the flowage, and found a few dozen mallards hunkered down in the southeast corner.  The real win while scouting the southeast corner was discovering a larger pocket of a hundred mallards that were feeding on the other side of a six foot dike, where the only access was by foot.  We decided that this might be a perfect spot for the next morning’s hunt, as we needed to bring less gear for the trip home.

The cover for the location we selected in the afternoon was nonexistent. Trying to cover ourselves was reminiscent of being on an episode of “naked and afraid”. We found a few pathetic dead branches and logs to gild the boat, and settled into the hunt.  Few birds passed in the afternoon, but they all swiftly shifted away from our set-up as if we were creepy Uncle Larry at family Christmas gathering.

Three mallards, two snow geese, and an unlucky teal. The bounty for 18 hours of hunting in the perceived holy land of waterfowl did not seem like nearly enough.  With one last hunt before the long trip home, our expectations were minimal at best.