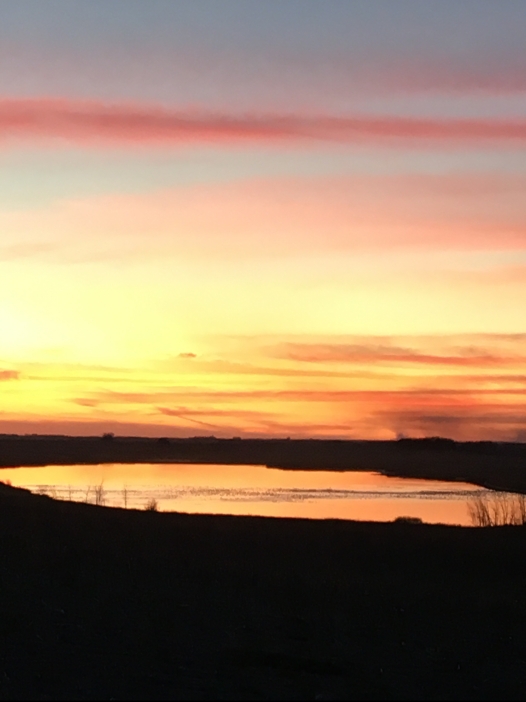 During our after-hunt breakfast, we conferred that a more dedicated approach to field scouting was desperately needed. We had traveled over a thousand miles to get here, and would not give up so easily after one less than optimal water excursion.  The tricky part was that after hundreds of miles of scouting, we were unable to find any sign of ducks feeding in the crop-rich fields.  Sure, there were pockets of 50-100 Canada geese in outlying fields, but it was still too early in the trip to target such low numbers.  We ended up returning to square one for the afternoon and evening, and this one little square ended up being one of my favorite experiences of the trip.

Tucked in the middle of a rural municipality, we traversed the plot line road to the crest of the steep hill. What await at the summit was a breathtaking 360 degree view in every direction, until the horizon softly sloped into the edge of the earth.  Two sizable lakes lay in the outskirts of the hill, and we presumed that any waterfowl would make this area its roost for the evening.  It was at this vantage point that we were able to observe the movement of waterfowl within a ten mile radius.  Feeling the warm wind against our skin, we soaked up every minute of the breathtaking sunset.  Countless low lying clouds of snow, cackler, and Canada geese flew across the tree lines in groups of hundreds and thousands.  Even though they were a stunning parade, we waited and watched for the mallard flocks in which we were pursuing.  As the tip of the sun sluggishly vanished in the west, our feathered friends would pay us a visit.  Roaring in from the north, large flocks of mallards adorn the sky.  Twisting and dropping into the lakes at the bottom of the hill, they dazzled us with their grace, and their soft feeding chuckles were music to our ears.  As we sipped the last few drops of our five dollar beers (Canadian alcohol tax is a crime), we all knew what the plan was in the morning.  North.

Revved up by renewed optimism in the morning, we literally hit a dusty trail. Venturing back to the same area in which we had spotted the mallards the evening before, we traveled north to watch the birds rocket from the roost.  I felt like a storm chaser as we zipped down county roads, barking directions to the driver from the RM map.  We pursued the larger flocks of ducks until they disappeared on the horizon, and the real expedition began.  We must have spent three hours on those back-country roads looking for any sign of fields laden with feeding mallards, but to no avail.  Like a cheap magicians trick, they had vanished in smoke (or in our case dust).  Frustrated doesn’t begin to depict the mood in the truck. I think Mike’s dog Briar was even a little peeved by the happenings of the morning.  By the afternoon, our weariness broke as we finally came across our field spot for the next day.  In a large wheat field with distant oil rigs slowly rocking up and down, 500 ducks, Canada geese, and cacklers vigorously fed on the wheat trimmings left by the combine.  After we received permission from the landowner, we had our first field hunt set for the next afternoon. 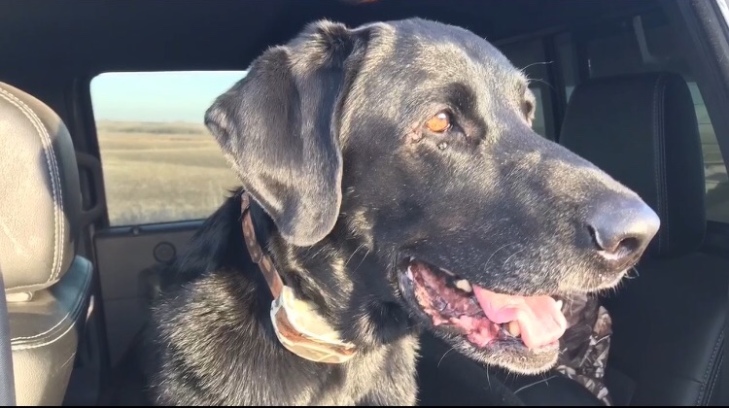